An Invitation to My Birthday Bonanaza!!

In a week or so I will be turning the grand old age of 23! Pretty darn old, I know. I will be celebrating in real life but I also felt like I'd like to party with my fellow Azerothians. After all I spend a large proportion of my time posting my own blogs, reading others, commenting and general chit-chat on twitter - not to mention the hours I put into playing WoW!

I've been toying with two differnt ideas for some time now. One penalised non-EU-ers whilst the other would work on a global scale. Then some wise words from someone who I've only fairly recently had the pleasure of being acquanted with (Zeriah who blogs and tweets @druheals) finally helped me to settle on not doing just one but both! 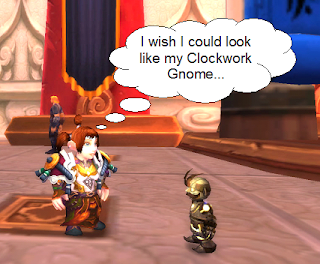 Pet-mog is a themed transmog contest but it's not like any other 'mog contest! Competitors are asked to pick a battle/companion pet and create a mog to make themselves look like their chosen pet.

I'm not worried about you sticking to gear suitable for your class or anything technical like that - it's all about how creative you can be in looking like said pet. In fact you could put your 'mog on any race (whether you play them or not) if you think it will help you to create the desired effect.

Competitors are welcome to hunt out the gear in game or to use add-ons such as MogIt. Why not check out Draynee's Mog Companion.

Please note: that I won't be accepting Moonkin/Boomkins and the Moonkin Hatchling pet.

To enter simply send a screenshot of your 'mog to my email (admiring.azeroth@gmail.com) along with details of the pet you are impersonating. (it's preferable that you stick Pet-mog in the subject but not 100% necessary).

This is the idea that is really only an option for fellow EU-ers. I'm sorry people outside of Europe, I wish we could meet up in-game but it just doesn't work like that... unless you buy yourself an EU account etc. etc. Ofcourse, you'd be more than welcome to join in if so.

I will basically be having a virtual birthday party - complete with cake, fizz and goodie bags!

I would love to meet as many people whom I've intereacted with via blogging, twitter, in-game etc as possible. I understand that we're all busy people so even if you just turn up, say hi and shoot off again it would be awesome. I will be scheduling the party for 2 hours but I will be available most of the day if you can't make those times.

My plan is meet up in a random Alliance city (to be decided) on my server (Dragonblight), do some meet & greet, chat and see what happens really. There may even be some games though I'm not 100% sure how things such as virtual hide and seek work. But if all else fails there's always PvP pet battles.

Obviously people could cross-realm in but this could prove problematic for distributing the goodies that I'm currently working on stock-piling. Don't fear though, any goodies will either be consumable or come in cages so you can adore them no matter what server you're on (or sell them if you wish).

So I am proposing that people roll new chars and I will arrange for some lovely mage's to teleport/portal people to the party from the various starting areas (if necessary). I've decided to not state a specific starting area to meet in so that people can roll the race they want - but be warned rolling a worgen, pandaren or DK will require you to get out of the starting zone before you can be portaled in. 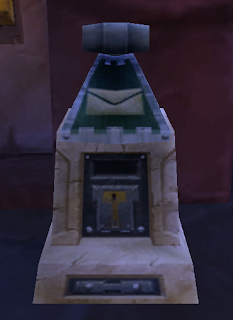 As I've mentioned I would love for as many people as possible to take part in either one or both events. Both are open to anybody involved in the online WoW community that I love being a part of. Even those of you who may read my blog but not necessarily partake in blogging or commenting yourself.

So if you're intereted in taking part then either leave me a comment or you can tweet me (@AdmiringAzeroth). I will require to know approximate numbers for the party especially.
Posted by Jojo at 18:40