A couple of weeks ago I invited my blog readers & twitter followers alike to enter a little transmog contest that I decided to host as part of my birthday celebrations. Firstly, I should thank those that took the time to make a 'mog. They all really impressed me and inspired me to 'mog more often. The proviso was simply to make a 'mog based on the appearance of a companion/battle pet. On with the show...

Tome of the Ancient sent me this screenshot and a description:

"Here's Cat getting ready to garden in Halfhill. She was so excited she finally got a deal on a Sen'jin Fetish at the AH she decided to pose with him and try to impersonate him!" 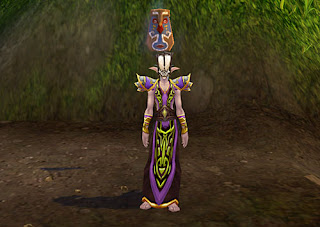 Tyledres who writes the blog Frost and Claws sent me this Clockwork Rocket Bot impersonation. The helm works perfectly and I think as a whole it works brilliantly on a goblin body!﻿ 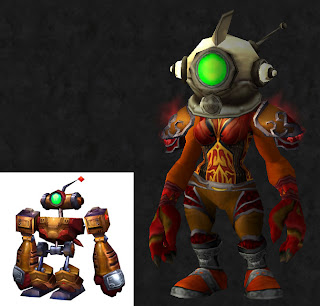 Here we have Zeriah of Azeroth Life with her Plump Turkey companion pet. Again, another good choice of race to match the 'mog.﻿ 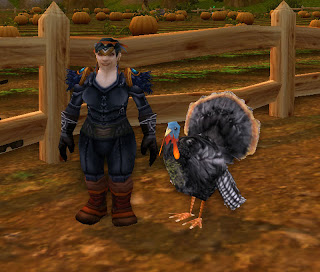 This is Farli of The Overcut's 'mog to look like the Purple Puffer. Until I saw this screenshot I didn't realise there was so much purple clothing in the game! 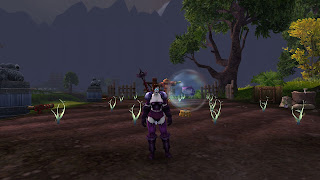 Fianlly, Mrs B (of MrandMrsWoW)'s "silly entry" to look like a Winter Reindeer. As there was no red nose in game she settled for an offhand which I think works really well anyway. 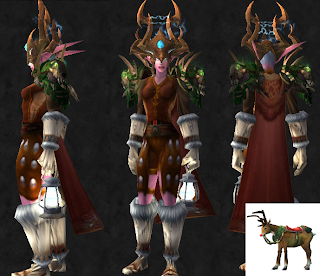 Again, thanks for entering peepsie. I really will be trying to make transmog sets of my own rather than using pre-defined sets (yes, I'm lazy!). So, start off with here is my slightly cleaner than the pet looks version of a Clockwork Gnome. 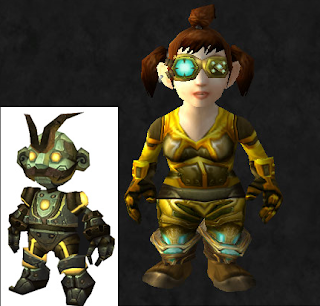