I've been waiting a looooong time to say this - but we have finally killed Garry on a Sunday 'flex' raid! Woooohooooooo! 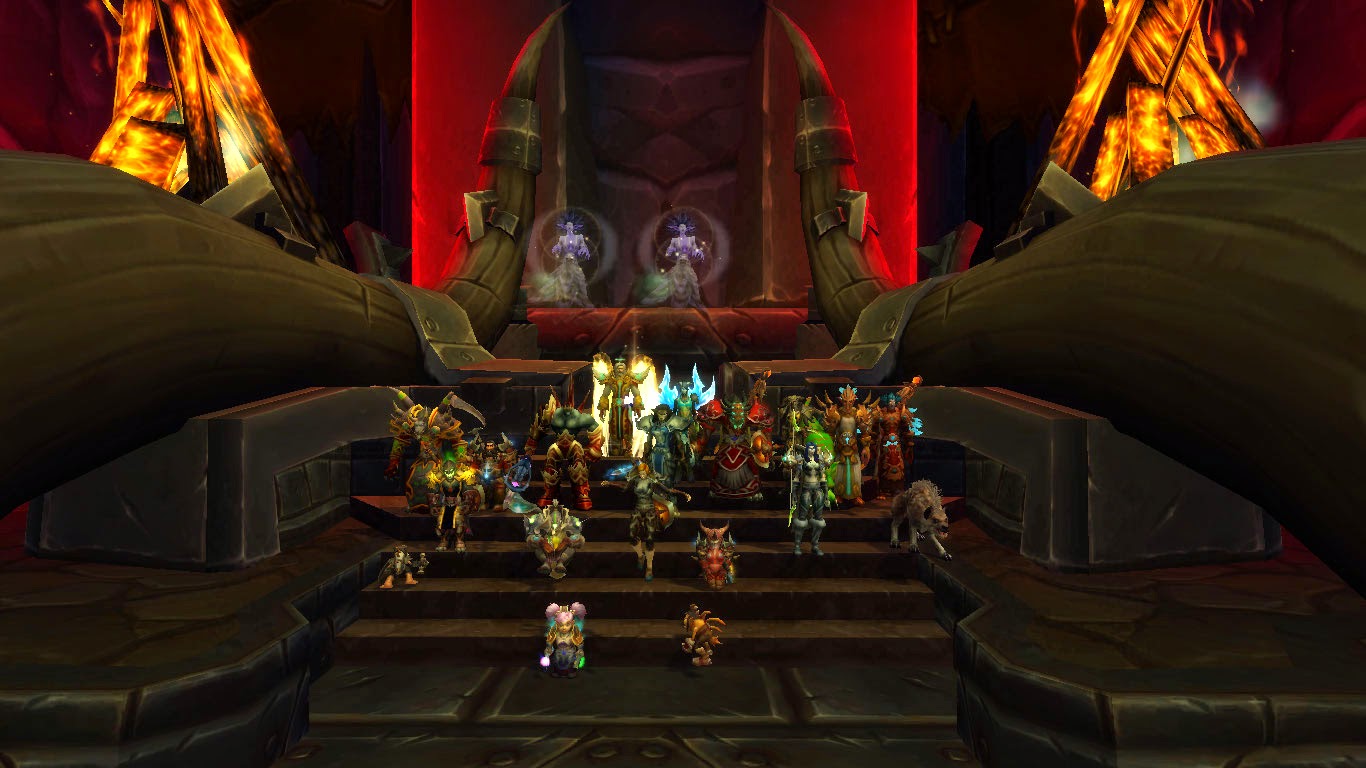 In case you're unaware I have been leading (and I use the term loosely) a Sunday 'flex' raid for ooh about 9 months now. I've had a look back through the blog and the first time I mention it was way back in February! So yeah we've been going a while and it's not always been plain sailing.

These Sunday flex runs (or normal as it is now, post patch 6.0) are designed to be casual and for some it's the only raiding of current content that they do. It's been a learning curve for all involved - most of all myself. I wouldn't say raid leading comes to me naturally and my tactical knowledge is often lacking. But I've been trying and for once keeping up to date with the content, gearing, gems, enchants the lot.

Like I say we've been at it a while and we've seen many people come and go. I'd like to really thank everyone that's been - even if it's only been for a single night of what I sincerely hope was fun! And we've amassed some regulars in recent months.

The following list is not exhaustive (I've no doubt forgotten people that started flex right at the beginning) but here are some of the crew:

If I've missed you off please don't be offended as everyone has played their own part in getting us to last night's Garry kill - no matter how big or small - and I'm very grateful!!

Anyway we'll be back in Warlords - here's to more dead bosses! /cheers
Posted by Jojo at 20:00