The Godmother over at ALT:ernative is currently doing a survey - 10 Years : 10 Questions. If you haven't already taken part you can do so by completing this simple form (or blogging or emailing her) and I'd recommend that you go do it! At the end she will be putting together a series podcasts detailing the results and I think it will make for some really interesting reading, well listening.


On with the questions...

1. Why did you start playing Warcraft?

I started messing about with WoW sometime in 2011 playing on my boyfriends account. At that time we were both at uni and lived separately and there were times when I was bored at his house with nothing to do - so I started exploring Azeroth. Whilst it was primarily a way to pass the time, having seen him play WoW and raid, it was also something that I wanted to know more about.
Eventually in February 2012 I got my own account (i.e. he got fed up of me stealing his game time and romantically got me it for Valentines!).

2. What was the first ever character you rolled?

The first character I rolled back in 2011 was my Gnome mage Jojopanda (I had no idea about Pandaren back then and I like pandas!). I leveled her both pre-* and post-Cataclysm but I'm not sure when she reached level 85.

When I got my own account I immediately deleted the old Jojopanda and re-made her - 100% identical. I then decided I'd level her second as it felt like I'd only just got her to max level. And so my Draenei hunter, Oogleme, was born. To this day she remains my main and my mage is #2.


* Loch Modan actually had water when I quested through there.

3. Which factors determined your faction choice in game?

I play 99% Alliance and the few Horde alts I have lying about aren't serious. I guess I went Alliance because I wanted a Gnome and because that's what the other half plays so it was 'safe' at the time I started playing.

In reality, if I'd been unbiased I could very easily have gone Horde. Personally I love both factions - the races, the background etc.

The reason I've so far been unsuccessful at putting down Horde roots is a mixture of not finding the right server and guild for me - in particular one where I know people already. But I'm hoping that will change pretty soon.

4. What has been your most memorable moment in Warcraft and why?

Hmm this is a pretty tricky one. Most of the things I tend to remember have been either myself or someone else making a fool of themselves - pretty standard.

I guess when I won the role for the Drake of the North Wind on my first run of The Vortex Pinnacle. I was leveling at the time, possibly with some guildies, and I honestly had no idea why everyone was making a fuss gratzing me... then I realised it was a mount!

Or... more recently during a Friday Fun Run to Ulduar when I discovered the Headless Horseman's Mount in my bags - several weeks after Halloween! As ridiculous as it sounds I hadn't noticed the mount dropping or seen it in my rather messy bags.

5. What is your favourite aspect of the game and has this always been the case?

I think my favourite aspect of the game is still exploring and admiring the scenery of Azeroth. I've always loved looking around every nook and cranny and I can happily explore the same zones over and over again.

I also enjoy leveling as it facilitates my exploring and since pet battles were introduced with MoP I've been a massive fan of that. More recently I've gotten into raiding, primarily flex, as a way to fill some of the content-less time. I do really enjoy it but I still don't think it's quite my favourite activity. Perhaps WoD will change this...

6. Do you have an area in game that you always return to?

Technically I'm always returning to Stormwind as I have two banking characters there - one personal and one for the guild. Other than the capital cities I have particular zones that I enjoy to quest through (e.g. Deepholm, Swamp of Sorrows) so I tend to return to these zones with my alts. I also love a number of races in particular (e.g. Draenei, Gnome / Dwarf and even Troll) so have completed their starting zones several time and sometimes return there randomly (especially Azuremyst Isle). 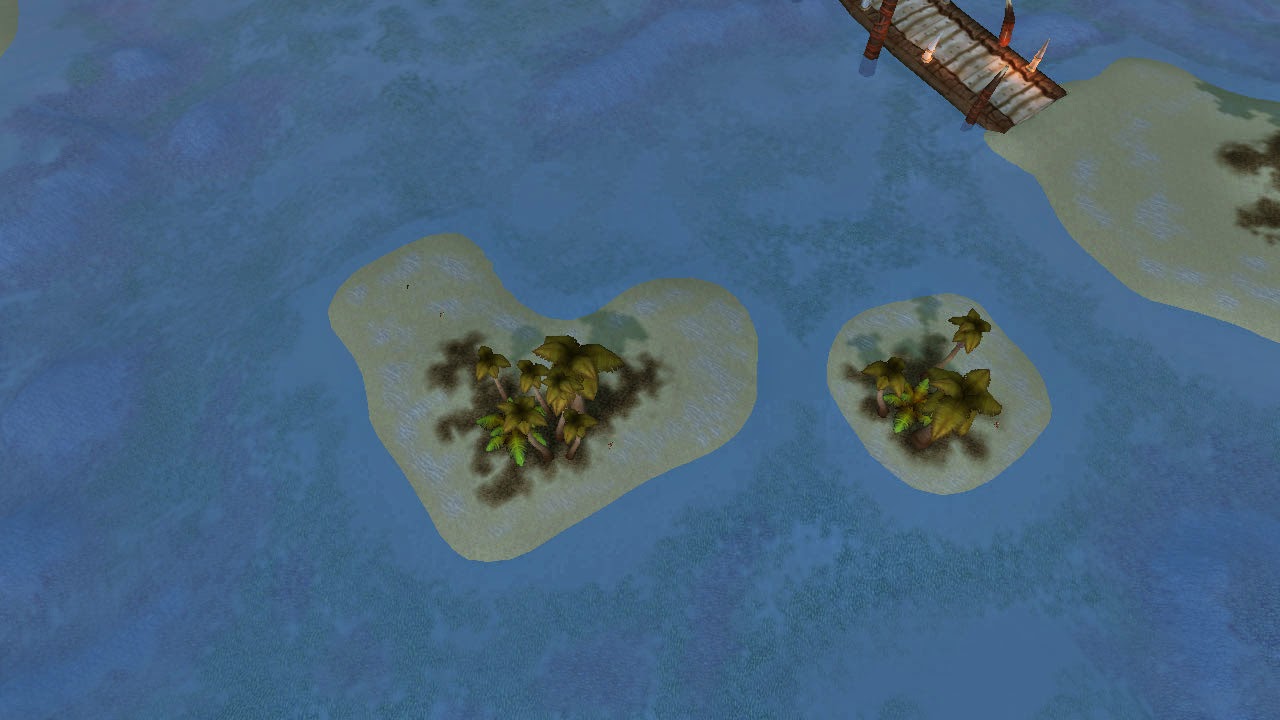 7. How long have you /played and has that been continuous?

During the end of my masters degree (2012) I ended up taking a few breaks from the game in order to focus on my dissertation etc. Other than that I've been subscribed pretty much continuously for the past 2 years (2013/14).

Below I've recorded the /played time for all of my characters above level 20 and my banking alt.

Which totals a little over 100 days playing the game. It also highlights how much time I spend on my hunter and leave my other alts alone.

Generally* no. I'm not a fan of reading anything and quest text is no different.

From reading other peoples responses it seems that there was a time you didn't get the handy quest objectives thing that tells you what you need to kill, how many and where to find them on the map. I had no idea that these handy things didn't exist once upon a time. I suppose, had I been playing back then, I'd have had to read the quest text and it's possible that alone could have put me off the game completely!

* on occasion I do read quest text. Normally it will be the first time I'm doing a certain quest chain or if I'm trying to learn some lore. But even then it will be a skim through and I'll likely have forgotten it in 5-10 minutes.

9. Are there any regrets from your time in game?

I wouldn't say I have any regrets as I wouldn't change what I've achieved and where I am with the game today for anything.

Part of me does wish I'd be around during the earlier years of WoW - to see some of these big events the nostalgic folk always go on about. But maybe if I had been playing back then I wouldn't be playing right now or I'd be so bitter about the way the game has changed I'd have become one of those players I love to hate.

And looking back, there are some people and situations I'd like to have dealt with differently. But I am where I am and I'm perfectly happy with that.

10. What effect has Warcraft had on your life outside gaming?

I started blogging and using Twitter as a result of playing WoW and as a way to be more involved with the community. I've been blogging for a little under 2 years now (started October 2012) and joined Twitter in January 2013. I don't think I'd have started using either form of social media had it not been for Warcraft.

I've also met some amazing people through my gaming that I consider to be genuine friends. I've not met many of them in the real world which is a shame but there are, of course, logistical reasons etc.

Life outside of the game has changed a fair bit since I started playing and I'm no longer a student. I've got a job and my real world commitments have changed significantly. I wouldn't say the game has made me reclusive although I do go out less - primarily because a lot of my friends have moved away for work or to travel.

Interestingly I've noticed that people do react quite weirdly when they find out I enjoy playing computer games. I've always been rather nerdy and love Sci Fi (in particular Star Wars) so am used to the weird looks and comments. But it has to be said people react a lot differently when they find out I play WoW. There seems to be a lot of (largely incorrect) preconceptions - like how can I hold down a job and game!? surely I should be glued to my seat playing 24/7. It's something that I still don't fully understand and the prejudice still baffles me a little but it's something you have to just take in your stride.