The Past Month in WoW

This is my follow up post to last weeks return to blogging post and will be about what I've been up to this past month in Azeroth. 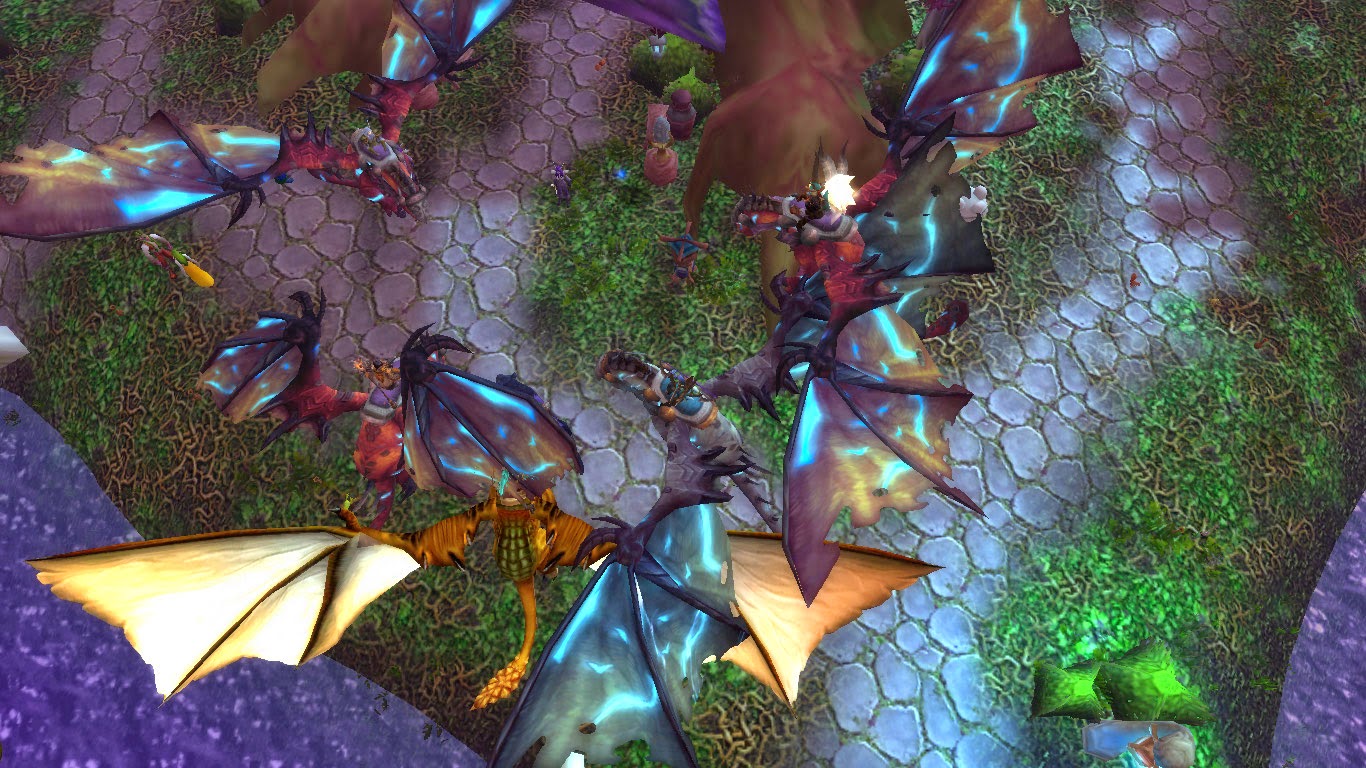 Friday Fun Run
As always I've been attending Friday Fun Runs where possible. We've done a whole mish mash of things over the past month but I'll focus on this Friday's. We went to Firelands first off and I finally managed to get Heroic: Ragnaros. This achieve has been a long time coming but it was worth it. I also managed to get Aratha, the Eye of Flame which I actually like and think I'll make a transmog for sometime soon.

We then headed to Vashj'ir and killed a whale shark earning From Hell's Heart I Stab at Thee. I also managed to get in a fun fact of the day - whale sharks eat have unique patterns of spots ans stripes meaning that individuals can be photo-identified. 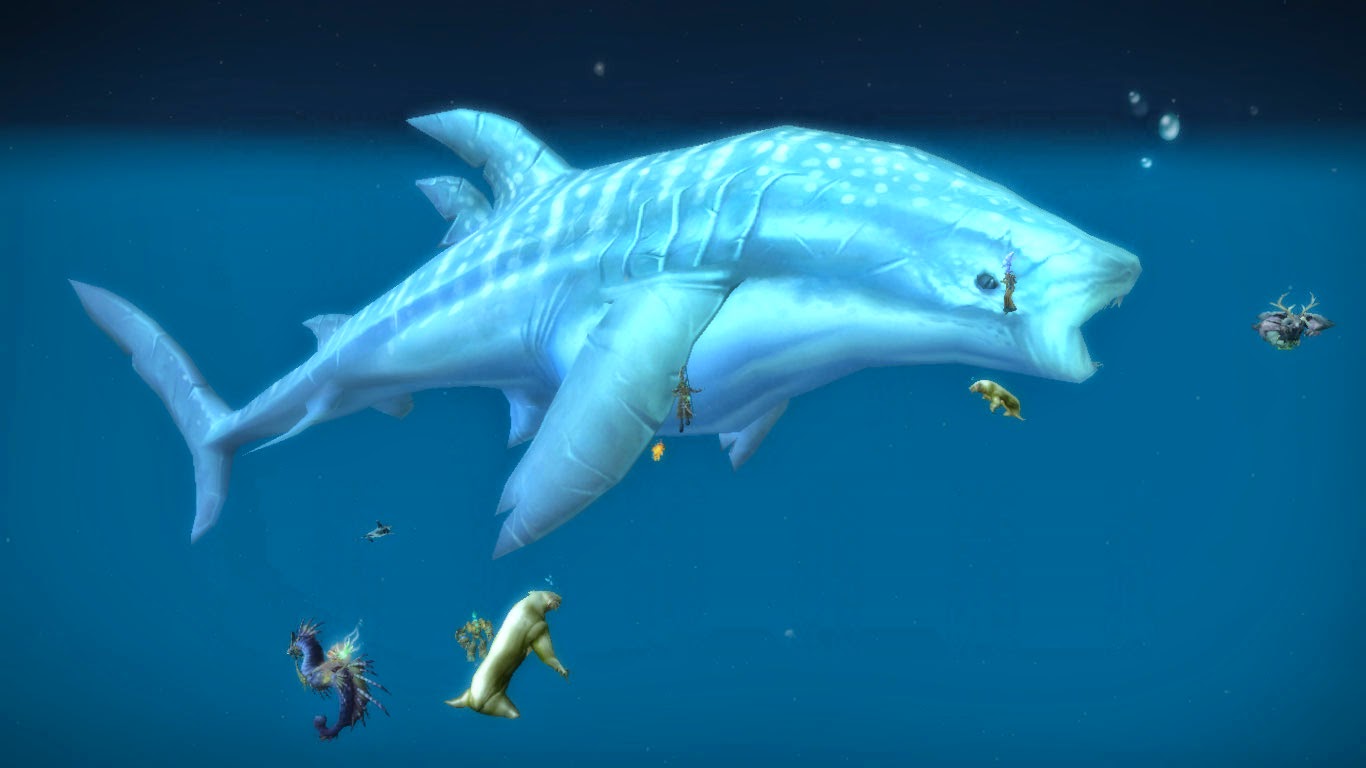 Finally we headed to Throne of the Four Winds where we got Stay Chill and a couple of people completed Glory of the Cataclysm Raider. 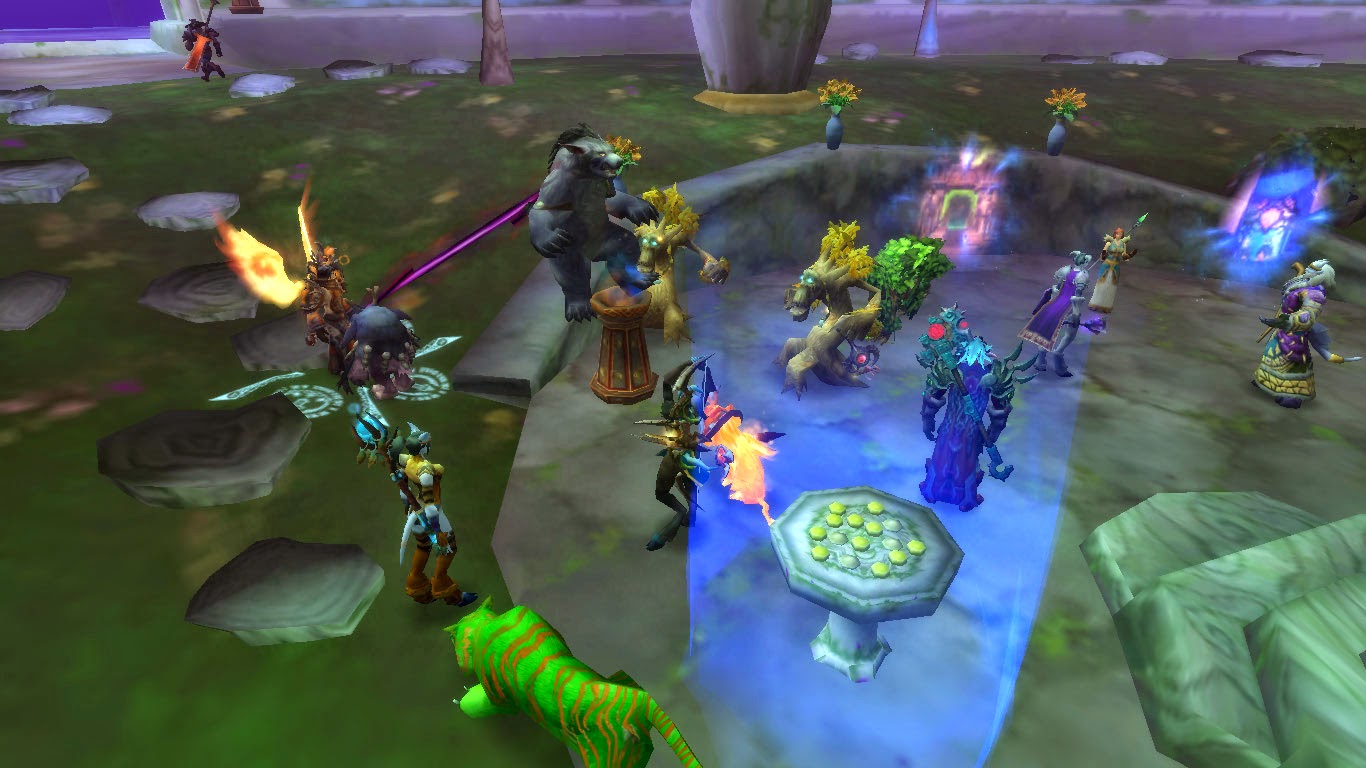 We also had a bit of an after fun run party with those of us that stuck about  heading to Dragon Soul. I managed to tick off a few achievements - Deck Defender, Maybe He'll Get Dizzy... and Chromatic Champion. Unfortunately we had issues with Holding Hands which remains the last achieve I need for Glory of the Dragon Soul Raider. 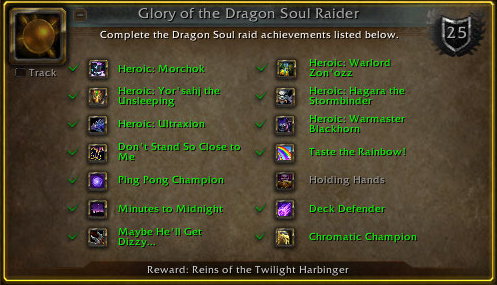 Flex
We've only be back Sunday flexing for a couple of weeks following a break whilst I moved house. I'm actually rather happy with things and we're moving on to Part 4 soon. (We're having a break next week 13th for the World Cup Final and will hit Pt4 on the 20th). I've been thinking about the group and how we move forward into 6.0 and WoD but I'll save any details for a separate post. 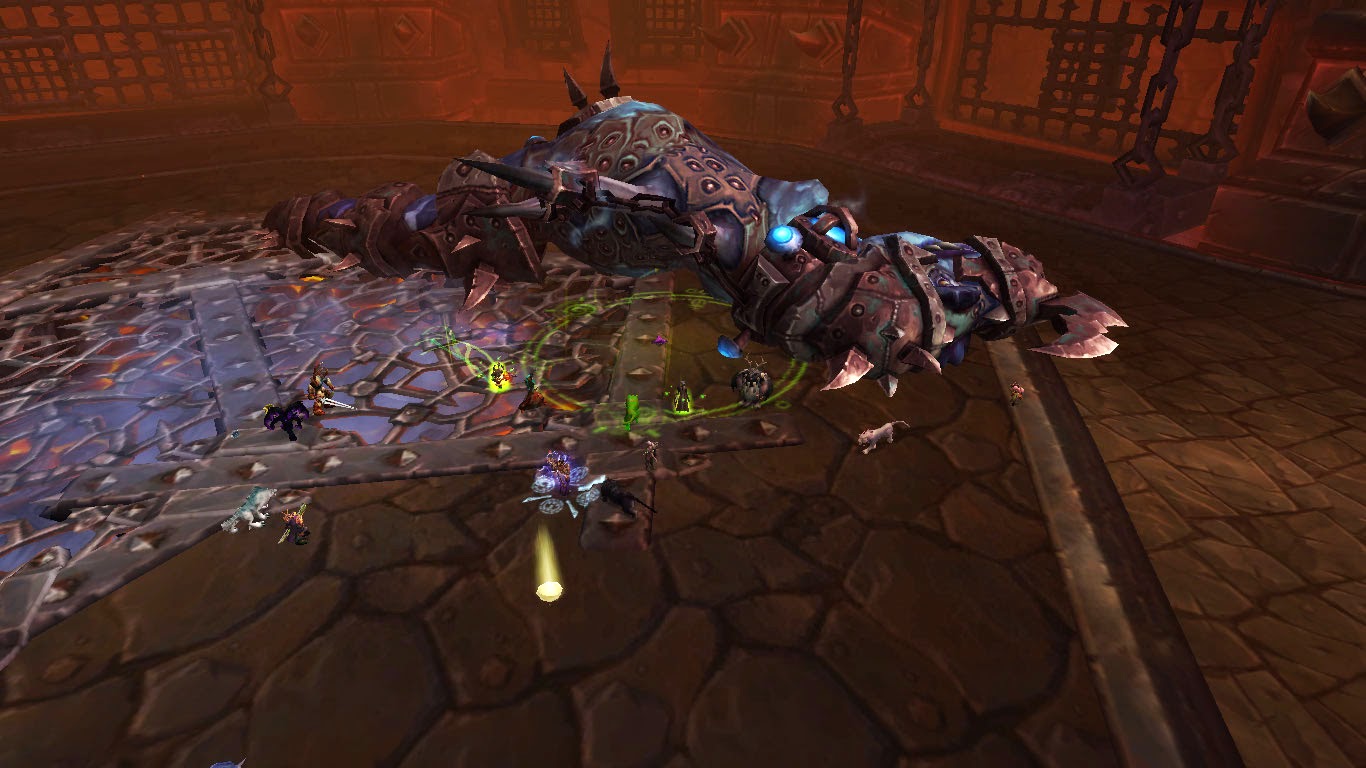 I was also lucky to be able to join the Phoenix Reborn last Tuesday for flex.

But... I am still yet to kill Garrosh outside of raid finder. Hopefully this Tuesday *fingers crossed*

Leveling my Pally
I've been making a real effort to focus on leveling my baby Paladin tank. I know I should probably focus on getting my Druid to level 90 (she's 50% of the way through level 89) but I just don't feel enthusiastic to play her at the minute. 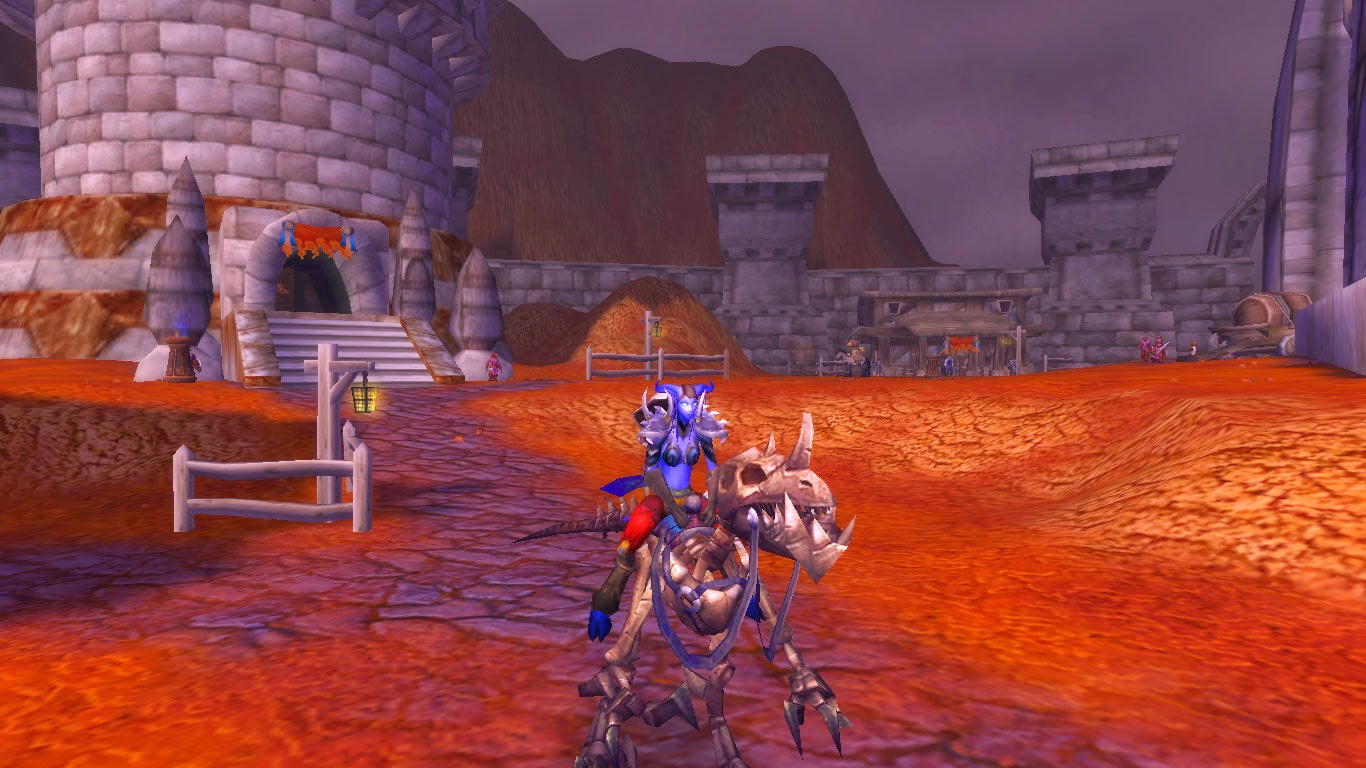 I'm loving tanking a lot more than I thought I would. I find it both fun and relaxing. I know I'm only in the mid-50s so it's hardly tanking cutting edge content but for someone that's never tanked before I'm rather chuffed with myself.

Despite the fairly instant dungeon queues I've been finding leveling through the late 40s and 50s to be pretty slow. This has resulted in my buying heirlooms for the first time ever!! And boy does it make things go faster. I'm not sure what my stance will be on future alts - to heirloom or not to heirloom - but for now I want to get my tank to a higher level and face some real challenges.

Random
It was a very dear in-game friend and ex-guildies birthday last week so I crafted her the Sapphire Panther to go with her growing panther collection. (She got me a spangly belt for my birthday). And I have to say I think, having seen it, I may prefer the blue one to my Jade on... 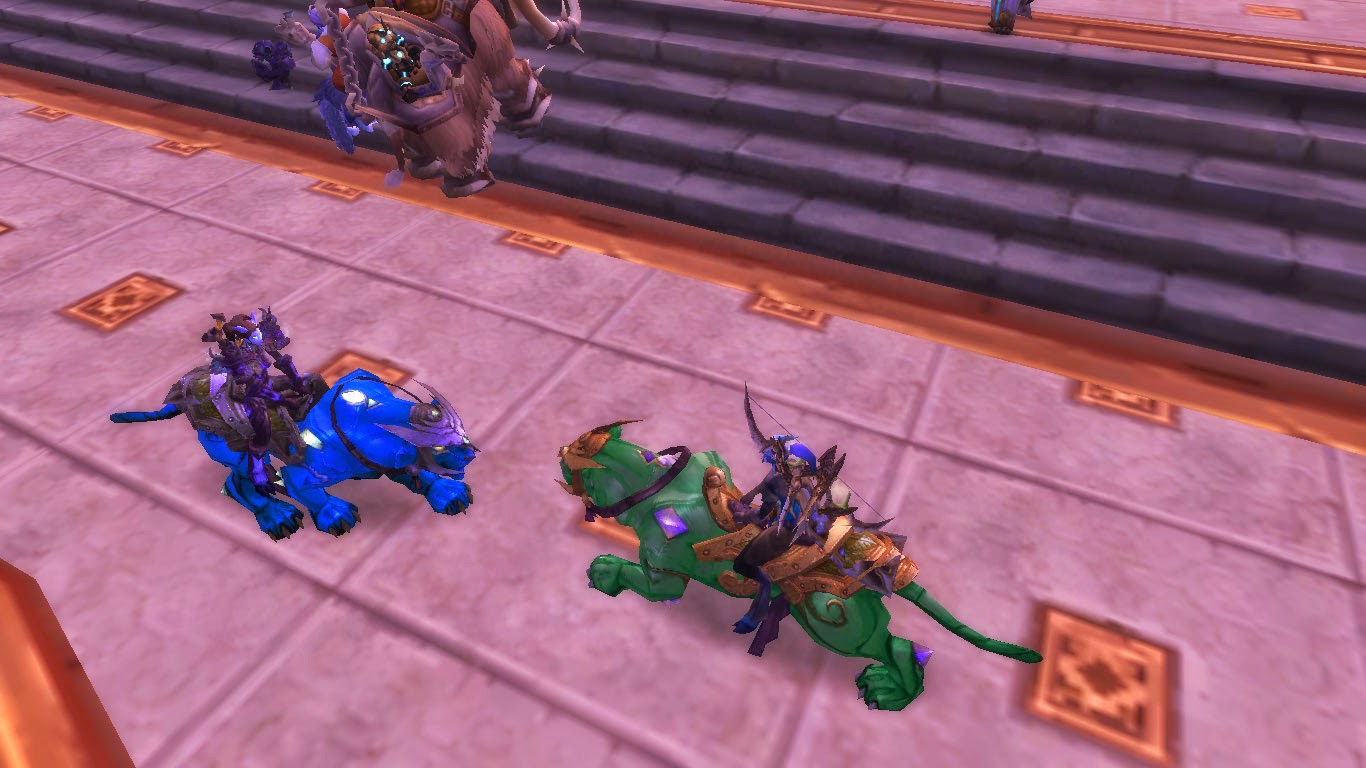