Recently a guildie got the Ashes of Al'ar mount and he was super excited about it. I think he'd been trying pretty hard to get it and his farming finally paid off. It really is a cool mount with a fairly low drop rate off of Kael'thas Sunstrider (in The Eye).

Somehow my guildie discovered that you can change the colour of the mount and he showed me how / the new colourations. I thought this was pretty funky so I took a couple of screenshots to share with you guys. I especially like the white colouration. 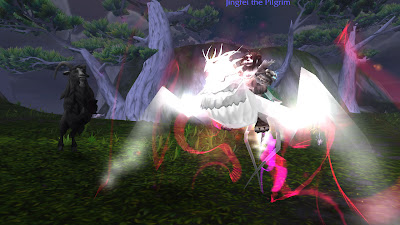 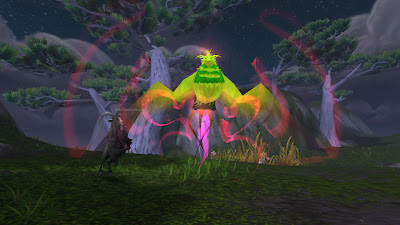 Email ThisBlogThis!Share to TwitterShare to FacebookShare to Pinterest
Labels: Ashes of Al'ar, Mount