A few weeks ago, I noticed logging onto some characters seemed to be more irksome than others, it dawned on me that there were a few who never, ever seemed to be a chore to play. My question is, (and yes, you need to have more than one character over level 1) which of your characters do you always look forward to "seeing?" But the real question is why? Perhaps think of this from a role playing perspective, that this character has a personality, play style and demeanor that inevitably just works. I'd love to meet them.

So I've been thinking for the past week - which characters do I enjoy playing or rather seeing? This question does not have an easy answer. I am, by my own admission, an alt-oholic. Since I started playing the game I have struggled to not continuously make new characters that I level to 20 (if they're lucky) and then forget about until I fancy something a bit different from the usual 2-3 I play. I guess this means that those 2-3 I regularly play are my favourites but does this mean I look forward to playing them most!?!

I haven't tried role playing my characters (yet?) so will be talking more in general. I have decided to feature a single character of mine. Now this character was one of the first I created - coming just after I created my hunter and re-made my mage. Despite this she is only level 26 and is rarely played. But this doesn't mean shes not special to me. 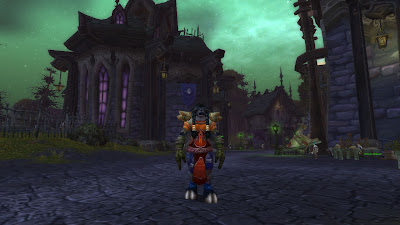 Moochew is my Retribution Paladin and I really do enjoy playing her. When I do get around to playing on her it means that I've done everything that I needed to which is always a good thing. Part of me knows that I neglect her. She deserves to be played more often. But here is my issue - I made her on the same server as my Alliance characters. Now this may not seem like a big deal to some but I want to have one server for my Alliance characters and one for my Horde. This would allow me to utilise all 11 character slots for a single faction (doubled).

I am more than happy to remake her (no point in paying to transfer her) on a different server but then I get into an even big issue - which server!?! I have made dummy characters on numerous servers but haven't yet found the one. If anyone can suggest a medium-pop EU server with a friendly Horde community and social guilds then that would be wonderful! If not, it looks like my search will continue and until I can find her a new home Moochew will just be sat waiting....
Posted by Jojo at 13:30