On Tuesday a guildie gave me a Frigid Frostling (which he had multiple of) and this brought me to 398 pets. Being so close really motivated me and made me determined to get the achievement That's a Lot of Pet Food. Having only played the game for a short period (<1yr) I haven't picked up as many pets from quests and world events as those who have played longer, which has proven to be a real hinderance. The only pets I had left to capture were either infrequesnt spawners or currently unobtainable and those that I needed to acquire were either selling for crazy amounts of gold or imply not on the AH.

I decided to visit Darkmoon Island and look for the elusive crow. I went through the portal and on the other side, to the left, was a Darkmoon Glowfly lurking behind a tree. I managed to climb some fallen trees (not an easy feat on my gnomeee) and started the battle. I was so excited when the glowfly not only had a secondary pet but it was a crow!! Yay!! I captured the crow (uncommon quality) and made my way to battle Jeremy Feasel. Prior to this I had only defeated Jeremy the once despite numerous attempts. I was feeling lucky and defeated him on my second attempt. But (and this is a big but), the quest bugged out and didn't complete! So no Darkmoon Pet Supplies for me and definately no chance at the Darkmoon Eye. Oh well, better luck next time... 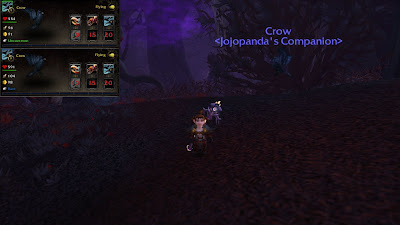 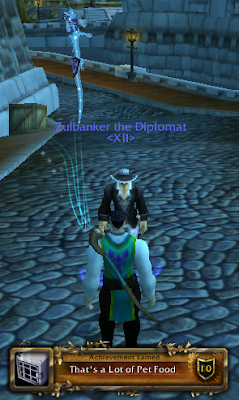 On the plus side I did get a Flawless Flying Battle-Stone from the Sack of Pet Supplies that I got after defeating Stone Cold Trixxy. I used this to upgrade my Darkmoon crow to rare quality - saves me searching for one.

Still a little frustrated at what had happened I logged my hunter and went to do my dailies in Pandaria. After doing my dailies I found myself pet battling in the Vale of Eternal Blossoms. It seems that the WoW gods were feeling sorry for me and I got a Flawless Aquatic Battle-Stone. I'm not sure what I'll do with this as I got one earlier which I used to upgrade the only aquatic pet I currently use, my strand crawler.

Despite these slight improvements I was still 1 pet off of 400. Fortunately my boyfriend's banking alt had a Mechanical Pandaren Dragonling on the AH that wasn't selling and he let me have that!