For Valentine's Day I wanted to do something different. I wanted to show some inter-faction love! For a while now I've been looking for an excuse to put together a bit of a storyline of my own. I've been really inspired by the comics that Lorelei does for her Zazzy Mogs so this evening I've pieced together my own.

But before I show you my creation I'd like to thank a few people. Firstly, Lorelei for inspiring me. Secondly, my boyfriend - who's account I used to create one of the stars and Kachlor GM of 'Application Denied' the Horde guild that I joined on Draenor!

I should also note that I originally intended the star to be a Tauren but I kept dying - turns out Mulgore to Ratchet is a long way! Also, thank you to the Horde guild I joined then - 'Hipsters of Somalia'. 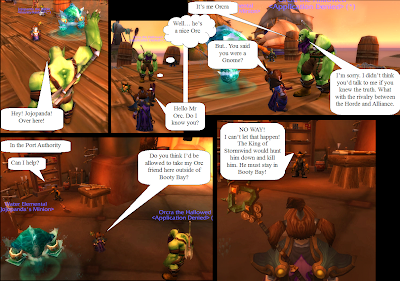 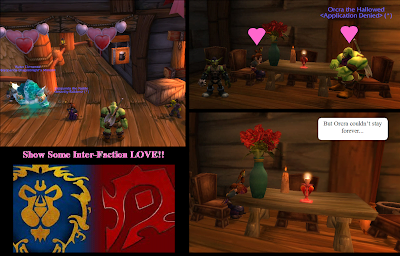 Email ThisBlogThis!Share to TwitterShare to FacebookShare to Pinterest
Labels: Comic, Love Is In The Air