Has it really been a year already...?

Mists of Pandaria was released on the 25th September 2012 meaning that as of this week it has been live for one year. To me this past year seems to have gone by pretty fast, possibly because I've been having so much fun.

I didn't have MoP for launch but I was online the night it all went live...

For me, the most exciting thing about MoP was not necesarily the new zones or leveling experience but the introduction of pet battles. It wasn't very clear to me if pet battles would be available to people without the expansion so I guess I'd already decided I'd just ccontinue playing as usual whilst all my friends went into Pandaria. To my surprise and excitement when it went live I was able to leanr howw to pet battle and could take some of the quests from Audrey Burnhep. From what I recall I wasn't able to do all of the quests but most of them. Within an hour or so of MoP going live a load of guildies decided that the Jade Forest was too busy and they gate-crashed my pet battling party which I will admit made me a little grumbly!! 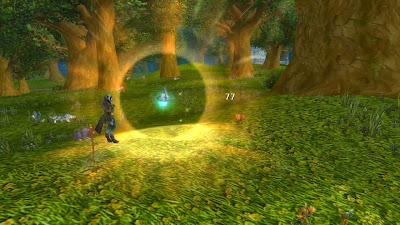 For me MoP has been a brilliant expansion. I guess as it was the first expansion I'd actually played on time (or there abouts) it's been a sharp learning curve concerning how busy zones can be, the competition for mobs etc. It's also seen me start the Legendary quest chain, take up raiding (LFR and as of last night flex) and generally get stuck into the content. I suppose as a player I have grown.

In terms of the game content we've seen 4 patches and some brilliant additions to the game (in my opinion). The highlights for me have been pet battles, scenarios, flex raiding and proving grounds. There have also been some downsides. I'm not a massive fan of dailies, I don't hate them but I do them as and when I can be bothered. This has meant I have been behind when it comes to reputations etc. But as I'm used to being behind with most things this hasn't got me too riled up. 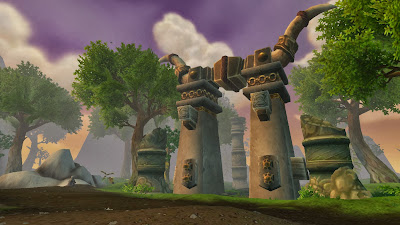 I thought I'd give the Timeless Isle it's own little paragraph as there's so much to talk about. I really enjoy it, the ability to just log in and kill stuff and instantly see the rewards (ie the Timless Coins and gear). The 496 timeless gear has meant that I've been able to upgrade my mage and DKs gear and give them a fairly substantial boost. But is there too much stuff flying about? By this I mean the coins drop in massive numbers and ridiculously frequently. As does the gear - I now have enough gear for all my low level alts once they hit 90. I'm not complaining about this but it seems a little overkill. My bags fill with random items whenever I spend any time on the isle. They could have made these items harder to acquire (ie drop less frequently) and thus you need fewer to buy items from the vendors but I think there's a reason they inflated things - I think it was done to make the player feel more rewarded, like you're getting more for your time and to ease frustration (ie "I farmed for 5 hours and got 10 coins").

That's enough about MoP, for now...

I published my first blog on the 26th October 2012 so we're fast approaching my blogiversary. I've got a few ideas on how to mark this event so keeps your eyes peeled for a post in the next few weeks detailing how I'll be celebrating.
Posted by Jojo at 17:57

Email ThisBlogThis!Share to TwitterShare to FacebookShare to Pinterest
Labels: Anniversary, Mists of Pandaria